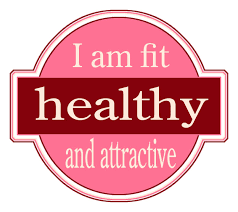 If you read any of my stuff with some regularity you’ll notice that I use quotes quite often in an attempt to prove what I’m writing about.

Often they are quotes from notable minds or linchpins of previous generations. People like Einstein, Nelson Mandela, Ghandi, Aristotle, and the like, all have excellent sayings that have lasted generations.

When used appropriately, I hope some of them can be a tipping point factor for people trying to get the most out of this post.

You may notice, or find yourself doing this all the time already too.

If you have a favourite saying, take a moment, can you notice how true you live to that saying(s).

This comes down to the power of self-talk and it’s incredibly powerful when used appropriately.

It may also be the block that’s holding you back if your favourite sayings are negative in nature.

One of my favourite sayings these days is that, “mastery is the ability to express the utmost with a minimum.”

The funny thing is, the more I say that, the more I find myself looking for ways to say and do more with less.

As a result I also feel as though I’m being more effective with my time on any given task.

I’ve also noticed that my clarity or focus on issues has been increasing, the more I think about certain sayings or quotes that are relavent to the issue the more they impact the change I’m trying to create.

The explanation lies in the power of affirmations, more specifically positive affirmations.

An affirmation is a statement or proposition that is declared to be true.

Many people give themselves negative affirmations, such as, “I tried that before, I know I can’t do it,” or  “I’ve never been good at that,” or “I’ve always been this way.”

Basically the power of affirmations, lies in avoiding the use of any saying, quote or other kind of affirmation with a negative connotation on a regular basis.

If you find yourself under these pretences, try to replace them with positive outlooks instead.

Take for example the saying, ‘I can’t do that exercise, it’s too hard,’ we instead try to instill something like, ‘this will be challenging at first but I will get better with practice.’

In the media, they call this ‘spinning.’

You can spin anything you like, anyway you like, just try to see a goal or outcome in a positive light.

Instead of, “I’ve always been this way,” write this down and try to repeat it often until it flows off your tongue, “I’m a human being with the power to change,” or, “I will always have the capacity to change myself for the better.”

In psychology, this is often referred to as ‘reframing,’ which I hope to publish an article on sometime in the future, so more on that at another time.

I realize you’re thinking this is fluff, I did at one point — yes, I read the book The Secret, it sucked, please don’t waste your time, like I did — but take a look around you.

Pay attention to what your friends are saying around you, are they negative or positive and does their personality reflect sayings they use frequently?

Then take a moment to reflect.

Is it possible that they are, the way they are, because they are constantly conditioning and reinforcing particular behaviors through their own quirky affirmations?

Did you ever stop to think that maybe you didn’t lose any weight because you were constantly telling yourself you couldn’t?

I know you’ve caught yourself saying something about yourself previously about how you couldn’t do something, we all have.

In my communication with successful individuals though, I have made the observation that one skill that often separates them from the rest of the crowd, is the ability to reframe a negative experience into a positive one, via a quote or affirmation.

Your perception of success or failure often lies in the language you use to communicate your abilities, with yourself.

Phrases that include can’t, shouldn’t, don’t, do not, can not, should not, never, never will, will not, wouldn’t, would not, won’t, etc… should not become a regular part of your dialogue particularly with yourself.

Very few people would actually tell a stranger that they can’t or never will do something, why would you tell yourself that?

*I keep a google doc with the ones I’ve collected over the years, here are a few of my favourites:

“The conventional view serves to protect us from the painful job of thinking.” ~ John Kenneth Galbraith – I use this quote more than any other quote.

It serves as a good reminder that I should be skeptic of most everything, it’s O.K. to change my mind, but it’s essential to think critically of things, even if they are accepted by others as ‘true.’

And a reminder that many of my biggest breakthroughs have been the result of ignoring the conventional view and finding my own path, even though that route is often more difficult.

“Coquo Ergo Sum” (I Cook, Therefore I Am) – Good reminder that cooking is essential to my existence.

“Imagination is more important than knowledge.” ~ Albert Einstein – Good reminder that there is more to life than accumulating knowledge, even if you’re a genius like Einstein.

“What’s in the way, is the way.” ~ Lao Tse – A good reminder that what is holding us back, is often what we need to focus on to change. If I — or you — do this on a regular basis, then we are ahead of the pack in terms of our development.

Got one you want to add?

How to Safely Get Started With Exercise - Part 2 Resistance Training

This is a step-by-step guide for safely integrating resistance training into your exercise schedule.
Aug 19, 2019
46 min read