Split routines, or as I like to call them Frankenstein routines (hat-tip to Dan John…) are synonymous with bodybuilding circles.

Few days escape me when I’m not asked a question about a split routine, or to critique a program.

Almost all young men new to the gym (and not in an athletic training environment) will experiment with a split routine at first.

It’s easy to see why young men in particular gravitate towards split routines.

They are the subject of nearly every bodybuilding magazine and even if you don’t want to look like a competitive bodybuilder, there must be something to the madness right?

In fact, this survey of competitive bodybuilders indicated the following:

It’s easy to see why many young men might follow in their footsteps, if they are the epitome of muscle building, then obviously we should mimic their approach right?

Its hard for me to dispute that how bodybuilders train is probably effective for bodybuilding, and so if you’re a high level competitive bodybuilder, then a split is probably useful to some degree. Not the least of which are:

There is also an indication that cycling training frequency might be an excellent way to induce new gains and that in trained subjects, total body training has the slight edge for hypertrophy objectives (it’s a short study though…).

Frequency of training is after all, like sets or reps or rest, just another variable we can manipulate to challenge the body in new ways.

As I’ve said before, it is often just the change itself — and not necessarily the specifics of what you change — from what you’ve always done that leads to the greatest benefit.

Training needs to cycle, so as to prevent plateaus and maximize stimulation. The body needs unique stimulation to create adaptation, once a point of diminishing returns is reached.

2-6 weeks for most intermediate trainees, often sooner for advanced trainees, probably up to 12 weeks for beginners…

Why Wouldn’t You Want to Copy?

What remains to be seen if whether or not the common training modalities of elite bodybuilders is ever particularly useful for beginners and intermediate trainees.

Research suggests that taking the same volume of exercise — as opposed the common bodybuilding approach of hammering a muscle group 1 day a week and then giving it a week off — and spreading it out over 3 days instead of one is almost twice as effective for gains.

More advanced training programs are certain to cause a higher frequency of program dropout, excessive muscle soreness, greater complication to lifestyle and in some cases obviously injury.

Not in my mind, ideal for most people who just want to look a bit better naked or drop a few pounds (most of us right?).

It’s questionable that these commonly used bodybuilding methods are the most ideal methods for most people getting started, or even many intermediate lifters for many reasons:

For instance this young man, or this one.

If you have little experience or strength these methods just don’t seem to work that well.

A lot of the above applies to intermediate trainees too. People who have some training experience, but are often still facing some significant improvements.

I’m inclined to say no to split routines for beginners about 99% of the time.

If you’re new to training, or been using a split for years and feel like you’re not getting anywhere: LOSE THE SPLIT ROUTINE!

If your main objective is muscle hypertrophy for intermediates, or you’ve had a little success with a split routine, I suggest cycling in split routines periodically if you’d like, with total body and upper/lower splits.

It’s good to mix things up and while bro-routines certainly don’t make it into my repertoire very often, they do have their place (mostly for semi-serious or competitive bodybuilders).

Maybe 1-3 phases per year of splits, until you want to compete in bodybuilding, in which case, up the amount to 3-9 phases a year.

For athletes, the focus should always be on performance and even with very advanced athletes I find total body or upper/lower splits to be favourable (and quite frankly the norm anyway…).

It’s hard to do olympic lifting and compound complicated movement training with anything less than an upper/lower 2-day split.

The latter of which can be nice for keeping resistance training around 4x a week.

For the majority of people full body or upper/lower 2-day splits allow for:

Again when you look at the volume adjusted comparison of total body training to split training in trained subjects you still see a slight edge to total body training, but at the end of the day it’s really about exploring your options and figuring out what works for you.

There might be some advantages to a split for you, like more volume (if you need it), a change of pace/routine, or maybe it fits better into your lifestyle.

If that’s five times a week of lifting weight, then you can only accomplish that with a split.

If you can only do resistance training on back to back days, then obviously you need to use a split too.

Ultimately it comes down to you and how you can plan your routine, I have to use splits with people sometimes, and you might have to as well.

I just rarely come across a person where that 4-6 day a week body split approach fits ideally into their lifestyle.

Few people want to spend six hours a week lifting in my experience.

I know a lot of this was directed at young men, not a typical demographic of this blog, but I do occasionally work with them (they also tend to be more active on the interwebz to ask me questions…).

As a final note, I think it goes without saying that I favour full body resistance training for most women.

It just generally appeals to the look and approach that most women desire. That’s my experience…

As a side note, most of the women I work with avoid split routines like the plague anyway, because most don’t like the bodybuilder aesthetic.

They tend to be more guilty of using next to no resistance training, and just energy system training, or far too much aerobic training.

Not that great for aesthetics on it’s own (though wonderful when combined with resistance training at least 2 days a week).

However, in my experience full body training works wonders for the female form, particularly undulating patterns whereby you cycle between higher reps and lower reps weekly or daily at different intensities.

When to Use Them…

All that being said, I’m always for finding a new stimulus if warranted.

My argument is mostly that they shouldn’t be the bulk of anyone’s training approach within the year until they have A) high level aesthetics objectives similar to that of bodybuilders or B) have a certain baseline of training skill and experience under their belt.

I have periodically introduced more isolated training methods and split routines into my own training and in my training of others for some of the following reasons:

*Arguably, I’ve found better success by using an upper/lower split and then adding isolation exercises at the end of each training session, but if a person can’t tolerate that, then a split can be a way to go.

Now you know, and knowing is half the battle. 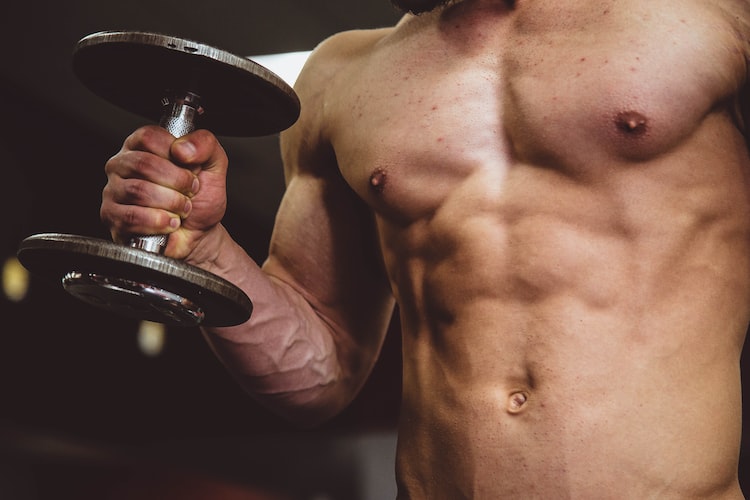 The Illusion of Fast Muscle Growth and Loss

Why does it seem like you can seemingly gain muscle overnight sometimes? And then you lose it just as quickly? Don't be duped.
Apr 14, 2021
8 min read
Jul
27