Ironically when the scientific seven minute workout (S7MW) was first published on the NYT website around May 2013 and I moved immediately to write an article about why it wasn’t actually that “scientific.”

I hate it when people just make shit up and call it ‘scientific.‘

If I write a post with a bunch of references — and IMO the S7MW ‘misinterpreted’ most of them — that doesn’t make it a ‘scientific’ paper. It may make for a good hypothesis or ‘educated guess’ but you’d still have to use a scientific method to test the theory. Science-based or evidence based is different from ‘scientific.’

Many believed based on the title that there was some kind of substantial research into this specific method that supported its use, but no such study had ever been done. Had someone designed this workout, and then tested in a lab, I could concede that it was indeed ‘scientific.’

Misrepresenting what we know about bodyweight circuit training and trying to pass it off as HIIT training was in my mind deceitful.

At the time I made an educated guess that the effectiveness of this workout would be entirely driven by how many people did it regularly and not by the protocol itself. A couple of the exercises are a waste of your time but anything done consistently should yield a result, even if I wouldn’t recommend them.

Needless to say I’m a skeptic, always have been, and this is a rare case where I’m going to eat crow. At least partially, like maybe a breast or a thigh or something.

My educated guess still prevails: Doing anything consistently for a period of time can get a result. It should be your main focus.

Years later science has finally worked the way it should. The authors developed a hypothesis and it took almost four years but someone finally tested that educated guess using the scientific method.

That’s right! The Scientific Seven Minute Workout now officially has ‘science’ to support its use, and can now be officially be referred to as ‘scientific.

Whatever doubts I had, a new(ish) paper found that 7 minutes of exercise over 6 weeks helped 29 of 33 original participants (good adherence!) lose 4 cm of waist circumference and 0.3 BMI, compared to a control group that did nothing.

Meaning even 6 minutes of exercise done in 8 minutes a day seven days a week can have a fairly dramatic effect on relatively normal weight (BMI <25) men and women aged 18-30 in a fairly short amount of time.

They didn’t improve hand grip strength (a notable marker of longevity) or upper arm circumference, which would indicate strength gained and some upper body muscle mass.

This is likely because there are no pulling exercises in the S7MW, one of the main issues I have with the protocol that would likely impact these measurements. The S7MW is lower body intensive.

Also of note is that participants made most of their improvements in the first 3 weeks, followed by a 3 week plateau.

I can only speculate as to why this occurred, but my guess is that exercising so frequently with an identical workout leads to a fairly quick plateau. We know that most people plateau on any given workout program in about 3-8 weeks.

Had there been a meaningful change in the protocol at the three or four week mark (as is fairly typical in program design) I suspect the participants may have continued to see more progress.

They didn’t use a good form of body fat measurement (bioelectrical impedance is considered pretty inaccurate) but they found that the participants did continue to lose some body fat and gain some lean mass past the initial 3 weeks.

They did not include that measure in the abstract likely due to the inaccuracy of the measurement.

Obviously this paper isn’t without it’s limitations but it sets the stage for something I want to discuss later in this article.

The good news is: YES, as little as eight minutes of exercise can help you lose a little fat, lose some waist circumference and drop your BMI.

As I always say, “Something is better than nothing!”

Doing short consistent workouts every single day is most likely an excellent way to get started with an exercise program. <10 minutes every morning feels very approachable for many people, which is why only 4 people dropped out of this study.

If all you need is a motivational jumpstart into exercise, then the S7MW certainly fits the bill.

Provided you use it as a stepping stone to something else…

The bad new is: This study was only done on people with normal BMI’s and the results aren’t mind-blowing. Honestly, they rarely are. If you lose 1-2 lbs a week you’re way ahead of the curve but this was only a fraction of that.

Sadly most of the results will happen in the first 3 weeks. Meaning you’ll probably have to switch to something new down the road, but this has always been the case with exercise.

2017 blessed us not with one, but two specific papers on the Scientific Seven Minute Workout. The second paper published last year chose to actually look at the scientific validity of the protocol compared to most of the legitimate HIIT research claimed to validate it.

It’s a showdown between real HIIT training and bodyweight circuit training using the exact same duration protocol. They compared the S7MW protocol to a time matched bike erg protocol to see if the effects would carry over.

If you read my initial post you may remember that most of the “research” used to validate this protocol initially was HIIT research done on erg bikes. That’s what most researched HIIT protocols use but would circuit training transfer in a similar way?

For reference the ‘aerobic’ training zone is typically prescribed at 130-150 BPM. The bike protocol takes you out of the aerobic zone and into the anaerobic zone meaning the intensity is quite a bit higher. 14% higher in fact.

The S7MW keeps you in the aerobic zone, which may help explain why people can actually do it seven days a week. True HIIT training could never be done so frequently and except in rare instances I never prescribe it more than twice a week.

The bike protocol challenged V02 max and perceived exertion to a significantly greater extent, which is basically what I’ve been saying since 2013.

You can’t apply HIIT exercise done on a bike, to bodyweight circuit training. They are not even close to the same thing, as this paper proves.

However, exercise of any type remains much better than zero. If the Scientific Seven Minute Workout appeals to you, I say get started. Just know that for results to continue you’re going to have to learn something else along the way.

What That All Means

Until now, the Scientific Seven Minute Workout wasn’t all that ‘scientific.’ Now I have no problem with the phrase…

It’s still not the same as HIIT training but it is likely a decent starting point for a lot of people. At least for the first 3 weeks.

If you have some equipment I’d consider moving into the Advanced Scientific Seven Minute Workout for the next 3 weeks. It’s the same time committment but obviously more difficult.

Admittedly the #1 reason people say they don’t exercise is due to a lack of time. An eight minute workout is one of the shortest workouts you’ll find online, but there are certainly other options if you do a quick google search you’ll find hundreds of short 10 minute workouts.

The fact that it only really works for 3 weeks isn’t shocking but I have a few tips on how to get more out of it:

Remember something is always better than nothing. Even though it sounds like I’m hatin’ on the S7MW, one of the main missions of skill based fitness is to help people develop good exercise skills. If something like this helps you get started, I’m all for it.

In fact, I’ll be following this post up with my ‘Even Better Scientific Seven Minute Workout’ soon!

Even 5 minutes of 30 seconds on, 10 seconds off of anything could help you out if you aren’t doing anything at the moment. Space out a few minutes of that a few times a day and you’re golden. Then add a little time as you get more efficient or find it more enjoyable.

People often won’t take these small steps because they feel they can’t possibly see a great result in such little time.

To that I answer: Isn’t any result better than ‘no’ result?

The evidence above suggests our assumptions about small bursts of exercise is wrong. You can get a result, even if it isn’t that dramatic at first. A lack of dramatic results, shouldn’t be a reason not do something. Most of us need to build confidence and any result can provide you with additional motivation to take things to a new level.

Weight loss is a Snowball. 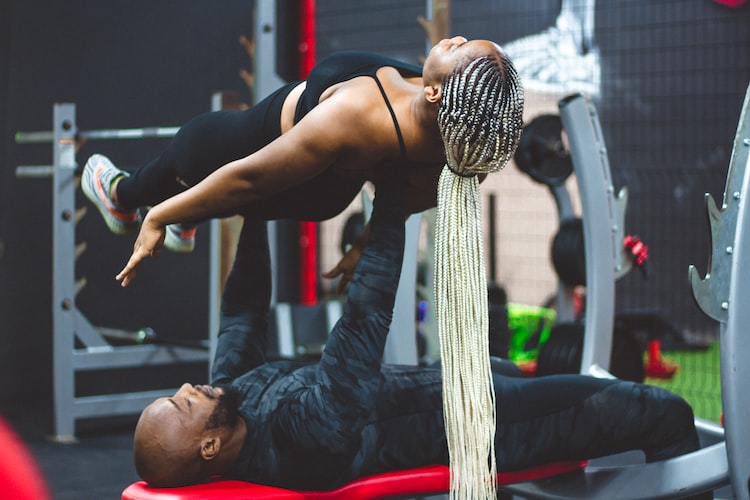 It's a relatively new concept but almost NO ONE considers movement variability as a key component to exercise programming. You should, here's why...
Sep 2, 2020
21 min read
Jul
13